The Texas Supreme Court recently overturned a jury award (affirmed by the Court of Appeals) of $2.5 million to a seaman who claimed further injury, pain and mental anguish arising from his employer’s failure to pay maintenance and cure.  In Weeks Marine, Inc. v Garza, 2012 WL 2361721 (Tex. 2012), the Court determined that if the employer’s failure to pay does not hinder the seaman’s medical treatment, the seaman cannot show a causal connection between the failure to pay and any additional claimed damages.

In the case seaman, Maximo Garza, suffered injuries to his head and neck when a steel friction bar struck him in the back of his head.  Garza was diagnosed with a contused cranium, a mild concussion, and a cervical strain, but was returned to work with no restrictions.  After a follow-up visit, Garza was again released with no restrictions.  Weeks Marine paid for both visits.  However, Garza continued to suffer pain and began treating with his own doctor, who eventually recommended and conducted cervical surgery some twenty months following the injury.  Garza testified that his neck pain subsided following this surgery.  Weeks Marine did not pay for any subsequent medical care beyond the two initial visits.

Before the Supreme Court, the employer argued that the compensatory award amounted to a “double recovery” because there was no evidence that Garza sustained any additional injury beyond that for which he already had been compensated in the jury’s damage award.  The Court agreed and reversed the trial court’s award and the appellate court’s opinion affirming same.  Writing for the majority, Chief Justice Jefferson acknowledged that breach of the maintenance and cure duty may result in “full tort damages” if the breach causes the seaman personal injury.  In this case, however, Garza failed to show that Weeks Marine’s failure to pay “caused” prolonged pain, suffering and mental anguish.  The employer’s failure to pay “did not force Garza to go without necessary medical care.”  In fact, Garza treated with his doctor 16 to 17 times following a course of conservative care before undergoing surgery.  Thus, there was no evidence that Garza’s treatment was compromised and the $2.5 million compensatory award was reversed.

What does this mean for maritime employers?  Several cases throughout the country show an increasing willingness by the courts to award greater damages, including punitive damages, when a maritime employer is found to have unreasonably withheld maintenance and cure payments.  For example, the Washington State Supreme Court ruled that the 1:1 cap on punitive damages in maritime cases articulated in Exxon Shipping Co. v. Baker, 554 U.S. 471 (2008), would not apply to the employer’s apparent willful failure to pay maintenance and cure.  Clausen v. Icicle Seafoods, Inc., 272 P.3d 827 (Wash. 2010) This growing trend means that employers must carefully analyze decisions to withhold maintenance and cure and ensure that such decisions are based on objective medical evidence.  In such cases, employers are encouraged to be proactive in their administration of maintenance and cure; to investigate medical claims promptly; and to consult their legal counsel, if necessary, to discuss options and potential exposure under the new line of cases expanding seaman’s remedies. 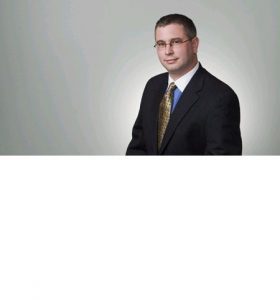 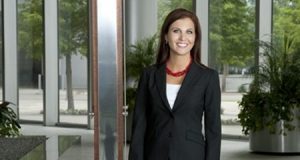