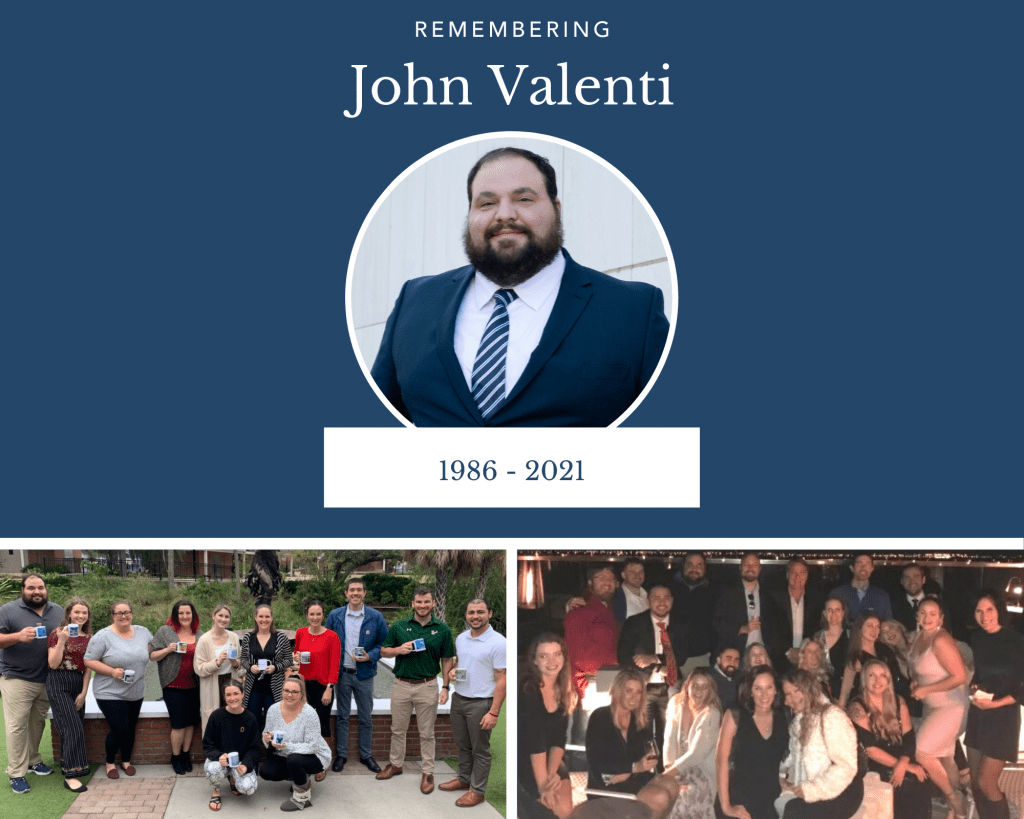 John Valenti, an Associate in Galloway’s Tampa, Florida office, passed away suddenly and unexpectedly on April 20, 2021. We are still shaken and miss him dearly.  Those who worked with John remember his incredible sense of humor and personality. He was a “big teddy bear,” and his love for 90’s rock music was unmatched, as was his love for golf. Though our time spent with John was short, colleagues and friends remember John with dear fondness and each of us is better for knowing his kindness.

Prior to practicing with Galloway, John was an attorney with Hamilton Miller & Birthisel, and also practiced with the Public Defender’s Office at the 13th Circuit in Tampa. John is a law graduate of the Stetson University College of Law, and held Degrees in Criminology, Leadership, and Mass Communications from the University of Florida.

“Johnny” as his family knows him best, leaves behind his parents, John and Donna Valenti, his sister Lauren Valenti, and his girlfriend, Stephanie Gracie, as well as their lovable dog Dwight. John’s family is no stranger to the legal industry; Lauren Valenti is a prosecutor in the Houston area, and his mother Donna Valenti is an attorney for the Second District Court of Appeal.

There will be a funeral mass at St. Paul’s Catholic Church on Thursday, April 29th at 10:00 a.m. for those who are interested in attending.

In lieu of flowers, to those that knew him best, donations in Johnny’s name may be made to The Human Fund. Actual memorial donations may be made to the Humane Society of Tampa Bay in his name.

For more information on services for John, please click here.