Galloway Johnson is pleased to congratulate St. Louis attorneys Stephen Moore and James Morris. On January 30, 2015, Stephen and James were recognized at the Missouri Lawyers 2015 Awards ceremony for securing one of the largest defense verdicts in Missouri in 2014.

Stephen Moore and James Morris of the firm’s St. Louis office secured a full defense verdict for their client, a marina, in a boat explosion case. Plaintiff alleged that the marina was responsible for the boat explosion and requested a $75 million verdict from the jury. Plaintiff and the co-defendant boat manufacturer alleged that the explosion and resulting bodily injury was due to the marina’s leaky fuel lines, negligent use of a vapor recovery nozzle, and the failure to have a fuel attendant present at the fuel station. Although Plaintiff was awarded $15 million in damages in a verdict against the boat manufacturer – the largest plaintiff’s verdict in a Missouri court in 2014 – the jury found that our client, the marina, was not responsible for the explosion and issued a full defense verdict in its favor, a major victory both for our client and the firm. 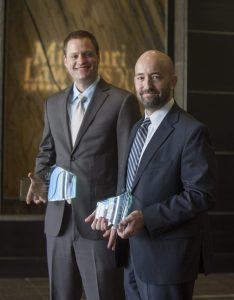